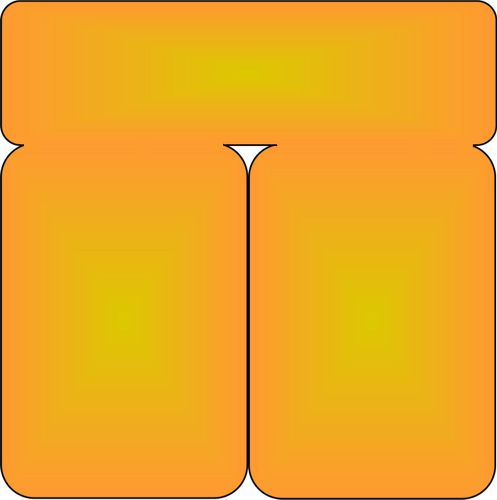 There’s no better way to celebrate 3/14/16 than chatting about how π is a mess but it’s connected to the shape of the Universe, all  while enjoying a nice piece of pie.  I’ll have a slice of that Neil Gaiman Country Apple, please.

The ancient Greeks didn’t quite know what to do about π.  For the Pythagoreans it transgressed a basic tenet of their religious faith — all numbers are supposed to be  integers or at least ratios of integers.  Alas for the faithful, π misbehaves.  The ratio of the circumference of a circle to its diameter just refuses to match the ratio of any pair of integers.

The best Archimedes could do about 250 BCE was determine that π is somewhere between 22/7 (0.04% too high) and 223/71 (0.024% too low).  These days we know of many different ways to calculate π exactly.  It’s just that each of them would take an infinite number of steps to come to a final result.  Nobody’s willing to wait that long, much less ante up the funding for that much computer time.  After all, most engineers are happy with 3.1416.

Nonetheless, mathematicians and cryptographers have forged ahead, calculating π to more than a trillion digits.  Here for your enjoyment are the 99 digits that come after digit million….

Why cryptographers ?  No-one has yet been able to prove it, but mathematicians are pretty sure that π’s digits are perfectly random.  If you’re given a starting sequence of decimal digits in π, you’ll be completely unable to predict which of the ten possible digits will be the next one.  Cryptographers love random numbers and they’re in π for the picking.

Another π-problem the Greeks gave us was in Euclid’s Geometry.  Euclid did a great job of demonstrating Geometry as an axiomatic system.  He built his system so well that everyone used it for millennia.  The problem was in his Fifth Postulate.  It claimed that parallel lines never meet, or equivalently, that the angles in every triangle add up to 180o.

Neither “fact” is necessarily true and Euclid knew that — he’d even written a treatise (Phaenomena) that used spherical geometry for astronomical calculations.  On our sweetly spherical Earth, a narwhale can swim a mile straight south from the North Pole, turn left and swim straight east for a mile, then turn left again and swim north a mile to get back to the Pole.  That’s a 90o+90o+90o=270o triangle no problem.  Euclid’s 180o rule works only on a flat plane.

Back to π.  The Greeks knew that the circumference of a circle (c) divided by its diameter (d) is π.  Furthermore they knew that a circle’s area divided by the square of its radius (r) is also π. Euclid was too smart to try calculating the area of the visible sky in his astronomical work.  He had two reasons — he didn’t know the radius of the horizon, and he didn’t know the height of the sky.  Later geometers worked out the area of such a spherical cap.  I was pleased to learn that π is the ratio of the cap’s area to the square of its chord, s2=r2+h2.

The Greeks never had to worry about that formula while figuring our how many tiles to buy for a circular temple floor.  The Earth’s curvature is so small that h is negligible relative to r.  Plain old πr2 works just fine.

Astrophysicists and cosmologists look at much bigger figures, ones so large that curvature has to be figured in.  There are three possibilities

Near as the astronomers can measure, the overall curvature of the Universe is at most 10-120.  That positive but miniscule value surprised everyone because on theoretical grounds they’d expected a large positive value.  In 1980 Alan Guth explained the flatness by proposing his Inflationary Universe theory.  Dark energy may well  figure into what’s happening, but that’s another story.

Oh, that was tasty pie.

3 thoughts on “The Shape of π and The Universe”