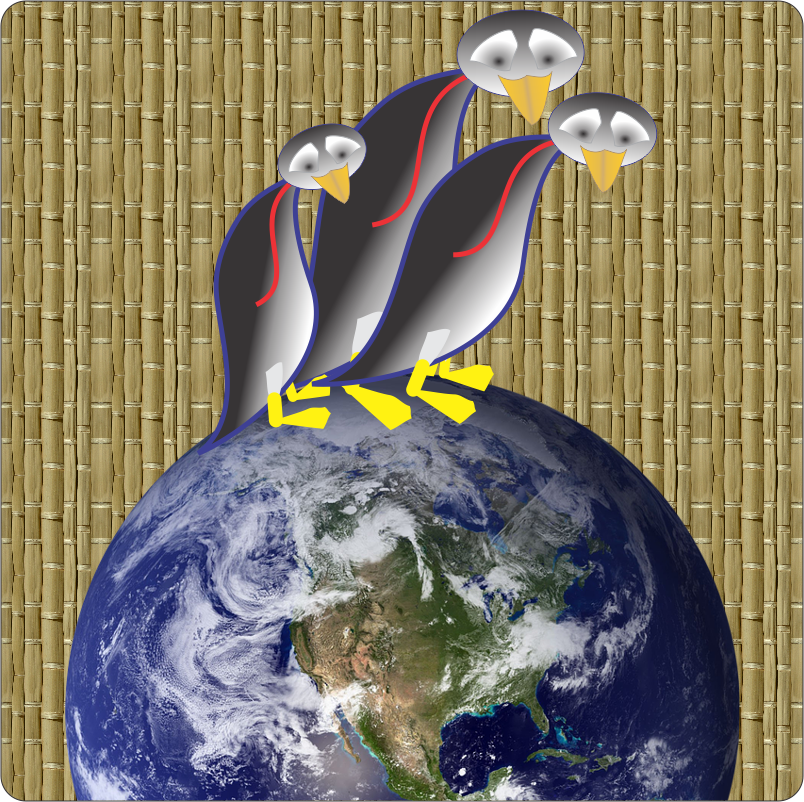 “So I get suspicious when we’ve specific been talking about a magnetic field making something else magnetic and you keep using general words like ‘driver‘ and ‘deviation‘. You playing games?”

“You caught me. The hysteresis idea spreads a lot farther than magnetism. It addresses an entire dimension Newton was too busy to think about — time.”

“Wait a minute. Newton was all about velocity and acceleration and both of them are something‑per‑time. It’s right there in the units. Twice for acceleration.”

“True, but each is really about brief time intervals. Say you’re riding a roller‑coaster. Your velocity and acceleration change second‑by‑second as forces come at you. Every force changes your net acceleration immediately, not ten minutes from now. Hysteresis is about change that happens because of a cause some time in the past. Newton didn’t tackle time‑offset problems, I suppose mostly because the effects weren’t detectable with the technology of his time.”

“Permanent ones, not electromagnets they could control and measure the effects of. Electromagnetic hysteresis generates effects that Newton couldn’t have known about. Fahrenheit didn’t invent temperature measurement until two years before Newton died, so science hadn’t yet discovered temperature‑dependent hysteresis effects. The microscope had been around for a half‑century or so but in Newton’s day people were still arguing about whether cells were a necessary part of a living organism. Newton’s world didn’t have an inkling of cellular biophysics, much less biophysical hysteresis. At human scale, country‑level economic data if it existed at all was a military secret — not a good environment for studying cases of economic hysteresis.”

“So what you’re saying is that Newton couldn’t have tackled those even if he’d wanted to. Got it. But that’s a pretty broad list of situations. How can you say they’re all hystereseseses, … loopy things?”

“They’ve all got a set of characteristics that you can fit into similar mathematical models. They’re all about some statistical summary of a complex system. The system is under the influence of some outside driver, could be a physical force or something more abstract. The driver can work in either of two opposing directions, and the system can respond to the driver to change in either of two opposing ways. Oh, and a crucial characteristic is that the system has a buffer of some sort that saves a memory of what the driver did and serves it up some time later.”

“Wait, lemme see if I can match those pieces to my magnetic nail. OK, the driver is the outside magnetic field, that’s easy, the system is the magnetic iron atoms, and the summary is the nail’s field. The driver can point north‑to‑south or south‑to‑north and the atoms can, too. Ah, and the memory is the domains ’cause the big ones hold onto the direction the field pointed last. How’d I do?”

“Goody for me. So why are those guys on the radio saying the economy is hysterical, ‘scuse, has hysteresis? What’s which part?”

“Economies are complex beasts, with a lot of separate but interacting hysteresis loops. These guys, what were they discussing at the time?”

“Unemployment, if I remember right. They said the job market is sticky, whatever that means.”

“Good example. Here’s our basic hysteresis loop with some relabeling. Running across we’ve got our driver, the velocity of money, which claims to measure all the buying and selling. Up‑and‑down we’ve got total employment. The red dot is the initial equilibrium, some intermediate level where there’s just enough cash flowing around that some but not all people have jobs. Then a new industry, say cellphones, comes in. Suddenly there’s people making cellphones, selling cellphones, repairing cellphones –“

“I get the idea. More activity, money flows faster, more jobs and people are happy. OK, then the pandemic comes along, money slows down, jobs cut back and around we go. But where’s the stickiness?”

“In people’s heads. If they get into Depression thinking, everyone holds onto cash even if there’s a wonderful new cellphone out there. People have to start thinking that conditions will improve before conditions can improve. That’s the delay factor.”