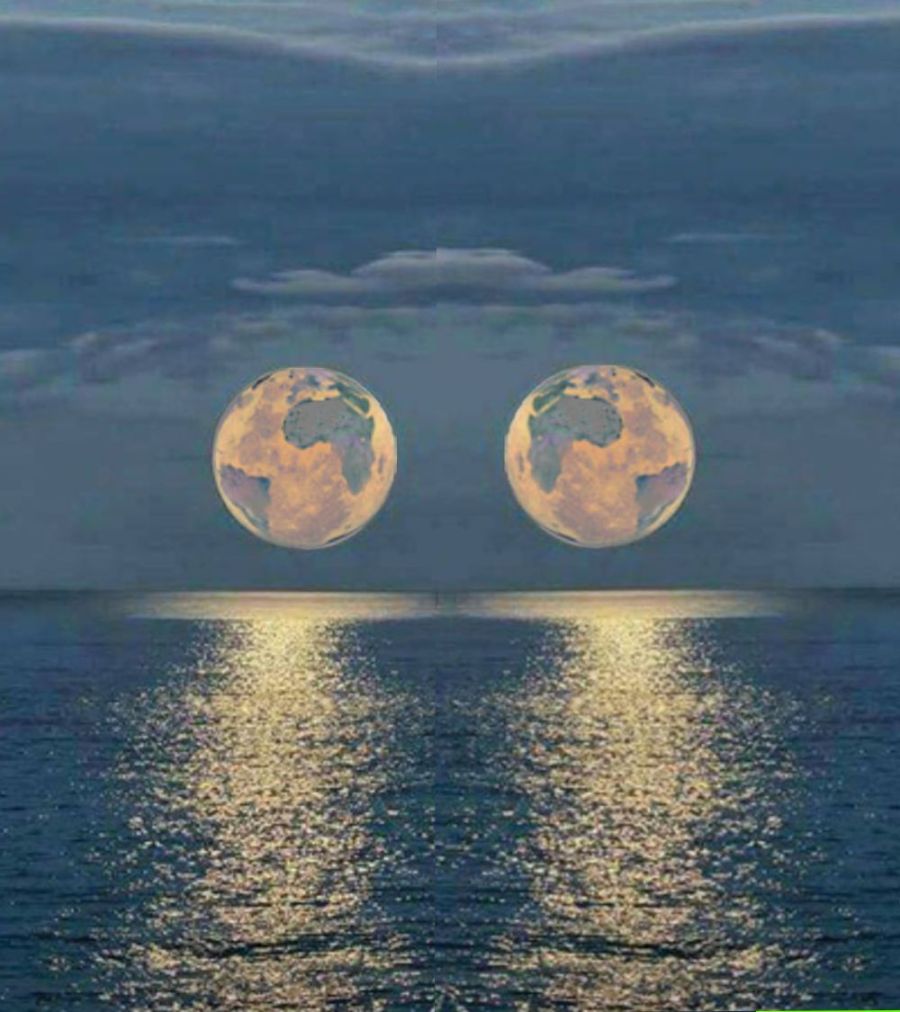 Cathleen unmutes her mic. “Thanks, Kareem. Our next Crazy Theory presentation is from one of my Cosmology students, Jim.”

“Thanks, Cathleen. Y’all have probably heard about how Relativity Theory and Quantum Mechanics don’t play well together. Unfortunately, people have mixed the two of them together with Cosmology to spawn lots of Crazy Theories about parallel universes. I’m going to give you a quick look at a couple of them. Fasten your seat belt, you’ll need it.

“The first theory depends on the idea that the Universe is infinitely large and we can only see part of it. Everything we can see — stars, galaxies, the Cosmic Microwave Background — they all live in this sphere that’s 93 billion lightyears across. We call it our Observable Universe. Are there stars and galaxies beyond the sphere? Almost certainly, but their light hasn’t been in flight long enough to reach us. By the same token, light from the Milky Way hasn’t traveled far enough to reach anyone outside our sphere.

“The next step is a leap. With an infinite number of observable universes all following the same physical laws, probability says that each observable universe has to have twins virtually identical to it except for location. There could be many other people exactly like you, out there billions of lightyears away in various directions, sitting in front of their screens or jogging or whatever. Anything you might do, somewhere out there there’s at least one of you doing that. Or maybe a mirror image of you. Lots of yous in lots of parallel observable universes.”

“I don’t like that theory, on two grounds. First, there’s no way to test it so it’s not science. Second, I think it plays fast and loose with the notion of infinity. There’s a big difference between ‘the Universe is large beyond anything we can measure‘ and ‘the Universe is infinite‘. If you’ve been reading Sy Moire’s stuff you’ve probably seen his axiom that if your theory contains an infinity, you’ve left out physics that would stop that. Right, Cathleen?”

“Thanks, so’s the axiom. So that’s one parallel universe theory. OK, here’s another one and it doesn’t depend on infinities. The pop‑science press blared excitement about time‑reversal evidence from the ANITA experiment in Antarctica. Unfortunately, the evidence isn’t anywhere as exciting as the reporting has been.

“The story starts with neutrinos, those nearly massless particles that are emitted during many sub‑atomic reactions. ANITA is one kind of neutrino detector. It’s an array of radio receivers dangling from a helium‑filled balloon 23 miles up. The receivers are designed to pick up the radio waves created when a high‑energy neutrino interacts with glacier ice, which doesn’t happen often. Most of the neutrinos come in from outer space and tell us about solar and stellar activity. However, ANITA detected two events, so‑called ‘anomalies,’ that the scientists can’t yet explain and that’s where things went nuts.

“Almost as soon as the ANITA team sent out word of the anomalies, over three dozen papers were published with hypotheses to account for them. One paper said maybe the anomalies could be interpreted as a clue to one of Cosmology’s long‑standing questions — why aren’t there as many antiprotons as protons? A whole gang of hypotheses suggest ways that maybe something in the Big Bang directed protons into our Universe and antiprotons into a mirror universe just like ours except charges and spacetime are inverted with time running backwards. There’s a tall stack of maybes in there but the New York Post and its pop‑sci allies went straight for the Bizarro parallel universe conclusion. Me, I’m waiting for more data.”