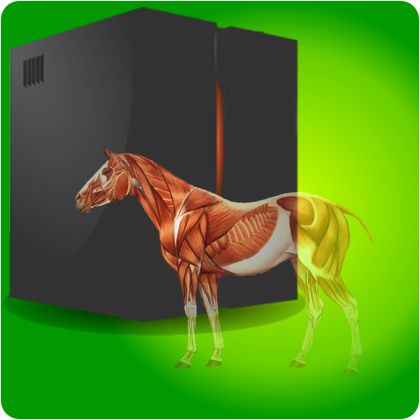 A voice from the scone line behind me. “That’s like poetical, sayin’ a horse’s sinews tie muscle to bone and a computer’s internal network is like sinew ’cause it ties things together the same way. But what does for the computer what muscle and bone do for a horse? Hi, Robert, I’m Vinnie, me and Sy here go way back. I’ll have a strawberry scone, Al, and these guys are on me.”

“Yeah. Glad to meetcha. So what are they?”

“The computer equivalent of horse muscle and bone? Well, the horse’s muscle activity generates its power so the computer’s ‘muscles’ are clearly its processors.”

“Processors, plural? My heavy-duty desk machine only has one CPU thingy in there, I looked.”

“Only one chip package, Sy, but there’s a lot inside that black block. Your ‘Central Processing Unit’ is probably multi-core, which means it has somewhere between four and dozens of more-or-less independent sub-processors, each with its own set of registers and maybe even local cache memories. If your operating system is multi-core-aware, at any given moment your system could be running a different program on each core.”

“Hey, you’re right, I often download emails and browse the internet at the same time I’ve got a big calculation going. Doesn’t seem to slow it down.”

“Mm-hm. I like to call those cores eccentric processing units because they’re not really central.” <Vinnie pretends to grab Robert’s scone.> “You’ve got a video card in there, too, right?”

“This may come as a shock, but you probably have more raw compute power on that card than you do in your CPU module. The card’s primary chip has hundreds of millions of transistors allocated to hundreds or thousands of simple-minded micro-micro-processors ganged together to do identical calculations on separate inputs. Rotating a 3-D object, for example, requires four multiplications and an addition for each x-, y- and z-coordinate of every point on the object. No if-then logic, just a very small arithmetic program repeated a gazillion times.”

“So the main CPU doesn’t have to do that.”

“Right. Same principle, you may have ASICs in there devoted to certain tasks like network interfacing.”

“Application Specific Integrated Circuits. They’re everywhere from your smartphone to your hobby drone.”

“Don’t have a hobby drone, use mine for business.”

“OK, your business drone, Vinnie. Your drone and its controller both use ASICs.”

“How will the quantum computer play into this, Robert? I’ve been reading how it automagically tries all possible solutions and instantly comes up with the one that solves the problem.”

“That’s hype, mostly. Quantum computing could indeed give quick solutions, but to a very limited set of problems. For instance, everyone talks about factoring special large numbers. When QC succeeds in that it’ll disrupt internet security, cryptography, blockchain applications and a couple more not-here-yet technologies that depend on factorization being hard to do. But QC can only tackle problems that involve a small amount of data. It’s no good for Big Data kinds of problems like weather modeling or fingerprint matching or rummaging through a medical database to find the optimal treatment for a given collection of clinical findings.”

“A quantum CPU works with a set of constraints and inputs. It does its try‑everything thing to generate an output that’s consistent with the constraints and input. The factorization constraint, for example, is just one algorithm. The input is a single number. The output is one set of factors. Compare that with the weather problem where the goal is to calculate the future weather for every kilometer-by-kilometer-by-kilometer cell of atmosphere on the globe. The constraint is a whole series of equations governing atmospheric gases (especially water) together with the topography of the underlying surface. Each cell’s input is all the measurable weather variables (temperature, humidity, wind velocity, clouds, whatever) plus history for that cell and its neighbors. The output per time-step is predicted weather variables for a billion cells. Quantum’s no help with that data flood — you need good networks.”