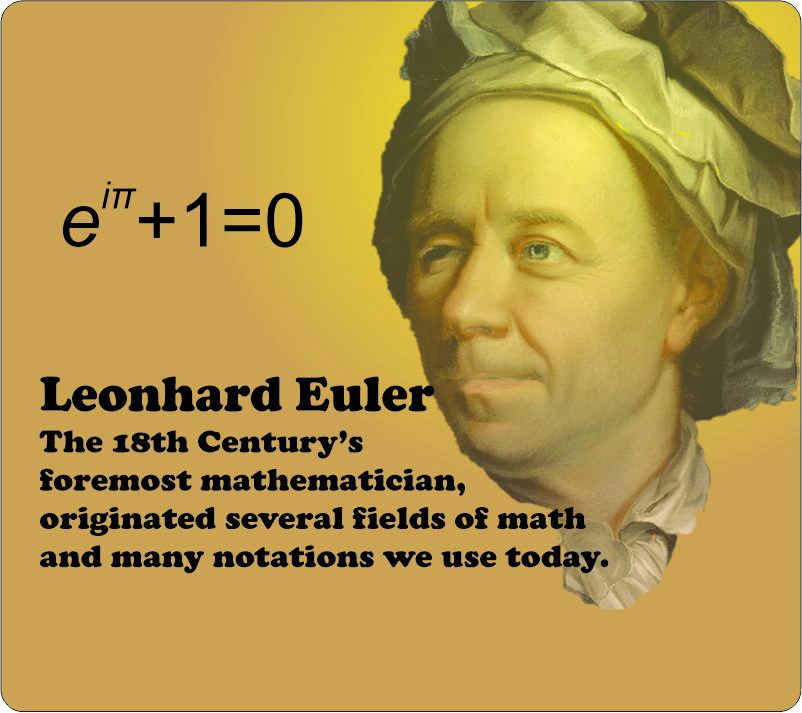 “How about a pumpkin spice gelato, Mr Moire?”

“I don’t think so, Jeremy. I’m a traditionalist. A double‑dip of pistachio, please.”

“Coming right up, sir. By the way, I’ve been thinking about the Math poetry you find in the circular and hyperbolic functions. How about what you’d call Physics poetry?”

“Sure. Starting small, Physics has symmetries for rhymes. If you can pivot an experiment or system through some angle and get the same result, that’s rotational symmetry. If you can flip it right‑to‑left that’s parity symmetry. I think of a symmetry as like putting the same sound at the end of each line in rhymed verse. Physicists have identified dozens of symmetries, some extremely abstract and some fundamental to how we understand the Universe. Our quantum theory for electrons in atoms is based on the symmetries of a sphere. Without those symmetries we wouldn’t be able to use Schrodinger’s equation to understand how atoms work.”

“Symmetries as rhymes … okaaayy. What else?”

“You mentioned the importance of word choice in poetry. For the Physics equivalent I’d point to notation. You’ve heard about the battle between Newton and Leibniz about who invented calculus. In the long run the algebraic techniques that Leibniz developed prevailed over Newton’s geometric ones because Leibniz’ way of writing math was far simpler to read, write and manipulate — better word choice. Trying to read Newton’s Principia is painful, in large part because Euler hadn’t yet invented the streamlined algebraic syntax we use today. Newton’s work could have gone faster and deeper if he’d been able to communicate with Euler‑style equations instead of full sentences.”

“Leonhard Euler, though it’s pronounced like ‘oiler‘. Europe’s foremost mathematician of the 18th Century. Much better at math than he was at engineering or court politics — both the Russian and Austrian royal courts supported him but they decided the best place for him was the classroom and his study. But while he was in there he worked like a fiend. There was a period when he produced more mathematics literature than all the rest of Europe. Descartes outright rejected numbers involving √‑1, labeled them ‘imaginary.’ Euler considered √‑1 a constant like any other, gave it the letter i and proceeded to build entire branches of math based upon it. Poor guy’s vision started failing in his early 30s — I’ve often wondered whether he developed efficient notational conventions as a defense so he could see more meaning at a glance.”

“He invented all those weird squiggles in Math and Physics books that aren’t even Roman or Greek letters?”

“Nowhere near all of them, but some important ones he did and he pointed the way for other innovators to follow. A good symbol has a well‑defined meaning, but it carries a load of associations just like words do. They lurk in the back of your mind when you see it. π makes you think of circles and repetitive function like sine waves, right? There’s a fancy capital‑R for ‘the set of all real numbers‘ and a fancy capital‑Z for ‘the set of all integers.’ The first set is infinitely larger than the second one. Each symbol carries implications abut what kind of logic is valid nearby and what to be suspicious of. Depends on context, of course. Little‑c could be either speed‑of‑light or a triangle’s hypotenuse so defining and using notation properly is important. Once you know a symbol’s precise meaning, reading an equation is much like reading a poem whose author used exactly the right words.”

“Those implications help squeeze a lot of meaning into not much space. That’s the compactness I like in a good poem.”

“It’s been said that a good notation can drive as much progress in Physics as a good experiment. I’m not sure that’s true but it certainly helps. Much of my Physics thinking is symbol manipulation. Give me precise and powerful symbols and I can reach precise and powerful conclusions. Einstein turned Physics upside down when he wrote the thirteen symbols his General Relativity Field Equation use. In his incredibly compact notation that string of symbols summarizes sixteen interconnected equations relating mass‑energy’s distribution to distorted spacetime and vice‑versa. Beautiful.”

“Alright, I suppose there’s no going down below the Universe’s Year Zero, but what about the other direction? Do you physics guys have a handle on Time’s Top?”

“That’d be Cosmology, Mr Feder. We physicists avoid theorizing about stuff we can’t check against data. Well, except for string theory. The far past leaves clues that astronomers like Cathleen can gather. Sad to say, though, we barely have a handle on Now.”

“No, really. One of Einstein’s insights was that two observers randomly and independently flying through space won’t be able to agree on whether two external events occurred simultaneously. They can’t even agree on what time it is now.”

“Oh, yeah, I know about that. I’ve read about how the GPS system needs to make corrections to account for what relativity does to the satellite timings.”

“You’re right, Al, but that’s a different issue. Some of that relativistic correction has to do with space compression because of Earth’s mass. The simultaneity problem is strictly about rapid motion and geometry.”

“Relativistic geometry, which is a bit different from the kind that Descartes built.”

“Whoa, Sy, slow down there. Descartes was the ‘I think therefore I am‘ guy, right? What’s that got to do with geometry?”

“I guess I got a little ahead of myself there, didn’t I? OK. Yeah, Al, same Descartes. Grew up Catholic in France, was a professional mercenary soldier in the Thirty Years War, wound up fighting first on the Catholic French side and later on fought on the Protestant Dutch side but cross‑over was common, both directions. He realized he was in an ostensibly religious war that was really about who ruled over whom. That may have had something to do with him becoming a professional philosopher who rejected all religious dogmas in favor of what he could learn solely from logic and his own senses. That’s where his famous mantra came from — he started by proving to himself that he existed.”

“Logic led to geometry, I suppose.”

“Indeed, but a new kind, one that required a few innovations that Descartes developed. On the one hand, mathematicians traditionally expressed algebraic problems in words and some of them were doozies, like saying ‘the zenzizenzizenzic‘ where we’d just say x8. We got that simple but <ahem> powerful notation from Descartes. On the geometry side, he’d ditch all the confusing line-ending markers in a diagram like this one. Instead, he’d label the whole line representing a known quantity with a front-of-the-alphabet letter like a or b or c. A line representing an unknown quantity would get its label from the alphabet-trailers like x, y and z. Then he used the same character conventions and his new power notation to write and manipulate algebraic expressions. Those notational inventions were foundational for his bridge between algebraic and geometrical problems. Draw your problem with lines and curves, transform it to algebraic equations, solve that problem exactly, transform it back to geometry and you’re done. Or vice-versa.”

“That goes back to Descartes, huh?”

“Mm-hm. His big innovation, though, arose from a borrow from an early Greek gadget called a mesolabe. He proposed an idealized version that would let someone break a line into exact fractions or compare a length against a unit length. That broke the rules of classical Geometry but setting his mesolabe’s Y‑angle to 90° prompted him to name points by their distance along the x– and y‑axes. That’s the nub of the Cartesian coordinate system — a rectangular grid of numbered straight lines that go on forever. Graph paper, right? Wrap the grid around the Earth and you’ve got latitudes and longitudes. Add more numbered grid lines perpendicular to either grid and you’ve got z‑axis coordinates. Three coordinates let you name any point in space. Newton and all the physicists who came after him until the dawn of the 20th Century assumed Descartes’ nice, stable coordinate system.”

“20th Century — that’s when Einstein came on the scene. He broke that system?”

“Sure did. You’ve heard about bent space?”

“Well, fasten your seat belts, it’s going to be a fun ride.”

Rule One in hooking the reader with a query headline is: Don’t answer the question immediately.  Let’s break that one.  Yes, cyber warfare is imaginary, but only for a certain kind of “imaginary.”  What kind is that, you ask.  AaaHAH!

It all has to do with number lines.  If the early Greek theoreticians had been in charge, the only numbers in the Universe would have been the integers: 1, 2, 3,….  Life is simple when your only calculating tool is an abacus without a decimal point.  Zero hadn’t been invented in their day, nor had negative numbers.

Then Pythagoras did his experiments with harmony and harp strings, and the Greeks had to admit that ratios of integers are rational.

More trouble from Pythagoras: his a2+b2=c2 equation naturally led to c=√(a2+b2).  Unfortunately, for most integer values of a and b, c can’t be expressed as either an integer or a ratio of integers.  The Greeks labeled such numbers (including π) as irrational and tried to ignore them.

Move ahead to the Middle Ages, after Europe had imported zero and the decimal point from Brahmagupta’s work in India, and after the post-Medieval rise of trade spawned bookkeepers who had to cope with debt.  At that point we had a continuous number line running from “minus a whole lot” to “plus you couldn’t believe” (infinity wasn’t seriously considered in Western math until the 17th century).

By then European mathematicians had started playing around with algebraic equations and had stumbled into a problem.  They had Brahmagupta’s quadratic formula (you know, that [-b±√(b2-4a·c)]/2a thing we all sang-memorized in high school).  What do you do when b2 is less than 4a·c and you’re looking at the square root of a negative number?

Back in high school they told us, “Well, that means there’s no solution,” but that wasn’t good enough for Renaissance Italy.  Rafael Bombelli realized there’s simply no room for weird quadratic solutions on the conventional number line.  He made room by building a new number line perpendicular to it.  The new line is just like the old one, except everything on it is multiplied by i=√(-1).

(Bombelli used words rather than symbols, calling his creation “plus of minus.”  Eighty years later, René Descartes derisively called Bombelli’s numbers “imaginary,” as opposed to “real” numbers, and pasted them with that letter i.  Those labels have stuck for 380 years.  Except for electricity theoreticians who use j instead because i is for current.)

Needs salt, but that’s on yet another axis.

Bombelli’s rules for doing arithmetic on two perpendicular number lines work pretty much the same.  Real numbers added to reals make reals, imaginaries added to imaginaries make more imaginaries.  If you’ve got numbers like x+i·y that are part real and part imaginary, the separate parts each follow their own rule.  Multiplication and division work, too, but I’ll let you figure those out.

The important point is that what happens on each number line can be specified independently of what happens on the other, just like the x and y axes in Descartes’ charts.  Together, Bombelli’s and Descartes’ concepts constitute a nutritious dish for physicists and mathematicians.

Scientists love to plot different experimental results against each other to see if there’s an interesting relationship in play.  For certain problems, for example, it’s useful to plot real-number energy of motion (kinetic energy) against some other variable on the i-axis.

Two-time Defense Secretary Donald Rumsfeld used to speak of “kinetic warfare,” where people get killed, as opposed to the “non-kinetic” kind.  Apparently, he would have visualized cyber somewhere up near the i-axis.  In that scheme, cyber warriors with their ones and zeros are Bombelli-imaginary even if they’re real.