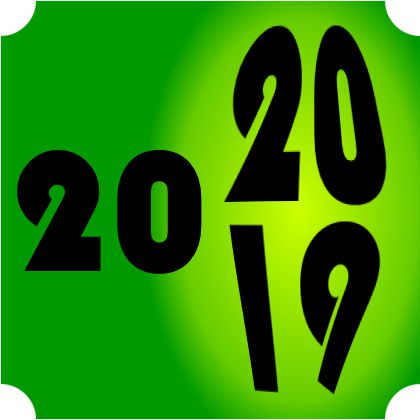 My father was a man of firmly held opinions, although he would be quick to say they were conclusions. Trained as a physicist, he lived a career in chemistry because in the Depression you took what you could get. Never hesitating to carry his sciences into the public forum, he wrote many Letters to The Editor on topics from the chemical hazards of powering automobile air bags with sodium azide, to the optimal size of a wine glass, to the historical connection between Hitler’s Navy sowing the North Sea with mines and the rise of industrial vitamin D production in the US.

He once suggested that the best location for highly radioactive nuclear waste would be the already-radioactive Chernobyl reserve in the then‑Soviet Ukraine. Obvious when you think about it, except for the geopolitical part.

Dad enjoyed tweaking the bureaucrats. When he mustered out of the Navy at the end of WWII, he was given a letter stating that because of his extensive top-secret radar know-how, he was to hold himself in readiness should the nation have to call him back to duty. Many years later and in his eighties, he wrote a letter to the Secretary of the Navy. In it he said that his technical skills had deteriorated over the decades and therefore he requested relief from the obligation. He never told me whether or not he’d heard back.

A frequent target of his disdain was the herd of natural foods enthusiasts who abhor “ingesting chemicals.” “We are made of chemicals.” he wrote. “The only thing that is free of chemicals is a perfect vacuum.” He held that the phrase “organic salt” is an oxymoron when applied to any preparation of sodium chloride. I can only imagine his reaction to the displays that advertise gluten-free water.

Dad and I worked on different aspects of the Y2K Problem. From mid-1996 through the first month of January 2000 I and lots of other IT colleagues spent most of our working hours making sure that the wheels of our society wouldn’t grind to a halt because the various gears failed to mesh properly. All that work worked, but because we were successful the rest of society decided Y2K had been no big deal. If only they knew.

Meanwhile, my Dad had a different Y2K concern. He expressed it in this note which appeared in multiple publications:

To The Editor:
There seems to be friction about naming the final year of the current century and/or the first year of the next decade.
Those who affirm that 2001 is the beginning of the new century are absolutely correct. There was no year 0.
Also, there is a substantial group who want to celebrate the year 2000.
OK, the year twenty-naught-naught is the end of the present decade, century, millennium. We can and should have celebrations for the end of world wars, the end of holocausts, the end of homelessness, the end (hopefully) of drugs, reckless driving, etc.
Even 1999 has been headlined. Let it be the year of preparation for the next two celebratory years. Those who want to capitalize on the final year of the present decade and the first year of the coming century can use 1999 for planning, organizing and even rehearsing the functions anticipated.
The three-year spectacle will satisfy a substantial majority of those who seem to be unhappily vocal, one way or the other. Let’s make peace.

Just to show how firmly he held to his calendrical conclusion — despite a medical condition that would have felled a less-determined man, Dad held on until Jan 10, 2001 because he wanted to live into the 21st Century. His initials, “I.O.,” drew his attention on the number ten. We in the family think that’s why he stayed with us until the tenth of the month, although there was some mention of waiting that long for tax purposes. Knowing him, it could have been some of both.

In my opinion, Dad had the right of it. The year 2020 will not be the start of the 21st Century’s second third decade, it will be the end of its first second. May the year and the following ones go well with you.