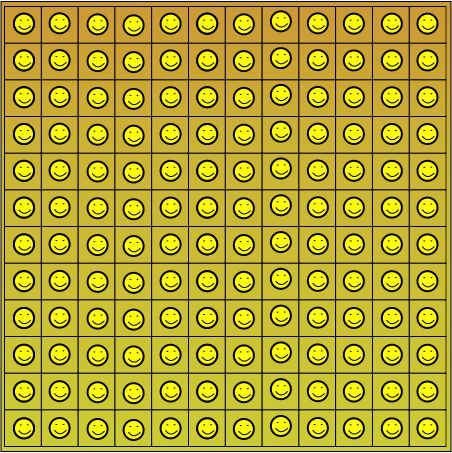 One year ago I kicked off these weekly posts with some speculations about how Life might exist on Saturn’s moon Titan. My surmises were based on reports from NASA’s Cassini-Huygens mission, plus some Physical Chemistry expectations for Titan’s frigid non-polar mix of liquid ethane and methane. Titan offers way more fun than that.

The environment on Titan is different from everything we’re used to on Earth. For instance, the atmosphere’s weird. 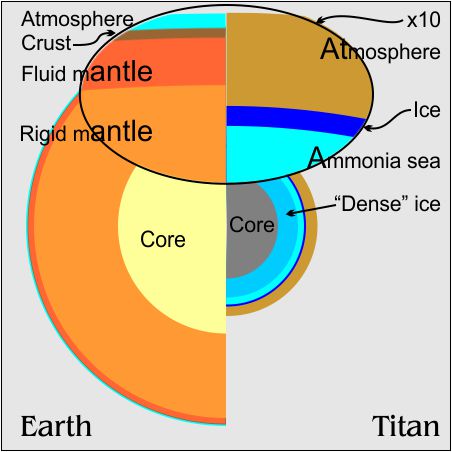 Titan’s atmosphere is heavy-duty compared with Earth’s — 6 times deeper and about 1½ times the surface pressure. When I read those numbers I thought, “Huh? But Titan’s diameter is only 40% as big as Earth’s and its surface gravity is only 10% of ours. How come it’s got such a heavy atmosphere?”

Wait, what’s gravity got to do with air pressure? (I’m gonna use “air pressure” instead of “surface atmospheric pressure” because typing.) Earth-standard sea level air pressure is 14.7 pounds of force per square inch. That 14.7 pounds is the total weight of the air molecules above each square inch of surface, all the way out to space.

(Fortunately, air’s a hydraulic fluid so its pressure acts on sides as well as tops. Otherwise, a football’s shape would be even stranger than it is.)

Newton showed us that weight (force) is mass times the the acceleration of gravity. Gravity on Titan is 1/10 as strong as Earth’s, so an Earth-height column of air on Titan should weigh about 1½ pounds.

But Titan’s atmosphere (measured to the top of each stratosphere) goes out 6 times further than Earth’s. If we built out that square-inch column 6 times taller, it’d weigh only 9 pounds on Titan, well shy of the 22 pounds the Huygens lander measured. Where does the extra weight come from?

My second guess is closer to the mark, I think. I remembered the Ideal Gas Law, the one that says, “pressure times volume equals the number of molecules times a constant times the absolute temperature.” In symbols, P·V=n·R·T.

Visualize one gas molecule, Fred, bouncing around in a cube sized to match the average volume per molecule, V/n=R·T/P. If Fred goes outside his cube in any direction he’s likely to bang into an adjacent molecule. If Fred has too much contact with his neighbors they’ll all stick together and become a liquid or solid.

But really Titan’s air pressure is 1.5 times higher because its column is so tall and contains so much gas. The additional pressure squeezes Fred’s cube-edge down to 2.6*(1/1.5)=1.8 times his diameter. Still room enough for Fred to feel well-separated from his neighbors and continue acting like a proper gas.

The primary reason Titan’s atmosphere is so dense is that it’s chilly up there. Also, there’s a lot of Freds.

∗ – For the technorati… The cube-root of the Van der Waals volume for N2. And yeah, I know I’m almost writing about Mean Free Path but I think the development’s simpler this way.