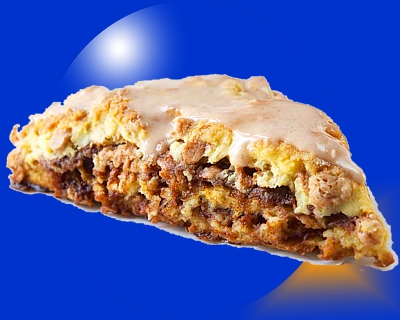 Al grabbed me as I stepped into his coffee shop.  “Sy, you gotta help me!”

“It’s Vinnie.  He’s over there, been scribbling on paper napkins all morning.  I’m running out of napkins, Sy!”

I grabbed a cinnamon scone from the rack and a chair at Vinnie’s table.  “What’s keeping you so busy, Vinnie?”  As if I didn’t know.

“LIGO, of course.  Every time I think I understand how the machine works something else occurs to me and it slips outa my hands.”

“How about you explain it to me.  Sometimes the best way to find an answer is to describe the problem to someone else.”

(grabbing a napkin near the bottom of one stack) “All right, Sy, I sketched the layout here.  You got these two big L-shaped machines out in the middle of two nowheres 2500 miles apart.  Each L is a pair of steel pipes 2½ miles long.  At the far end of each arm there’s a high-tech stabilized mirror.  Where the two arms meet there’s a laser rigged up to shoot beams down both arms.  There’s also a detector located where the reflected beams join up and cancel each other out unless there’s a gravity wave going past.  Am I good so far?”

“Yeah, that’s pretty much the diagram you see in the books, except it’s gravitational wave.  Gravity waves are something else.”

“Whatever.  So, here’s a sketch of where I was at when I asked you that first question.  See, I copied my original sketch onto another napkin and stretched it a little where the black circle is to show what a gravitational wave would do in stretch phase.  Ignore the little rips.”

“Uh, thanks.  Anyway, I was thinking the gravitational wave that stretches the x-beam would also stretch the x-pipe so they couldn’t use the light wave to measure the pipe it’s in.  But LIGO works so that’s wrong thinkin’.

“OK, next is for after we talked about inertial frames.  Took me a few tries to get it like I want it and I wound up having to do two sketches, one for each frame.”  He grabbed a couple more napkins from different stacks.

“I didn’t do the yellow wiggles ’cause that got confusing and besides I don’t do wiggly lines so good.  Point is, the space-stretch only shows up in the laboratory inertial frame.  The light waves move with space so they don’t notice the difference, right?”

“Well, I wouldn’t want to put it that way in court, Vinnie, but it’s a pretty good description.”

“So the light waves bop along at 186,000 miles per second in their frame, but from the machine’s perspective those are stretched miles so the guy running the machine thinks those photons are faster than the ones in the other pipe.  And that difference in speed gets the yellow lines out of phase with the blue ones and the detector rings a bell or something, right?”

“It’s even better than that.” I reached for another napkin, caught Al’s eye on me and grabbed an envelope from my coat pocket instead. “Remember how a gravitational wave works in two directions perpendicular to the wave’s line of travel?”

“So at the same moment that the wave is stretching space in the x-direction, it’s squeezing space in the y-direction.  LIGO’s detection scheme monitors the difference between the two returning beams.  As I’ve drawn it here using the detector’s inertial frame, the x-beam is going fast AND the y-beam is going slow so the detector sees twice the phase difference. A few milliseconds later they’ll switch because the x-direction will get squeezed while the y-direction gets stretched.  And yeah, a bell does ring but only after some computers munch on the data and subtract out environmental stuff like temperature swings and earthquakes and the janitor’s footsteps.”

3 thoughts on “Scone but not forgotten”