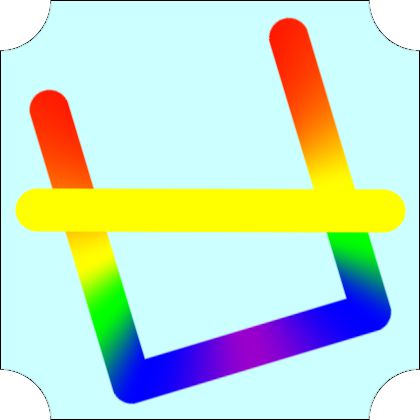 <Vinnie’s phone rings> “Yeah, Michael? That ain’t gonna work, Micheal.” <to me> “Michael wants to hoist us out through the elevator cab’s ceiling hatch.” <to phone> “No, it’s a great idea, Michael, it’d be no problem for Sy, he’s skinny, but no way am I gonna fit through that hatch. Yeah, keep looking for the special lever. Hey, call Eddie downstairs for some pizza you can send through the hatch. Yeah, you’re right, pizza grease and elevator grease don’t mix. Right, we’ll wait, like we got any choice. Bye.” <to me> “You heard.”

“Yeah, I got the drift. Plenty more time to talk about the improved portable kilogram standard.”

“We were and we did, but all the improved measurements are based on laser tech. Mode-locking, optical tweezers and laser cooling, for instance, are key to the optical clockwork you need for a really good time standard.”

“Mm-hm, that’s yet another laser-related Nobel Prize topic. There’s been nearly a dozen so far. Optical tweezers use light beams to grab and manipulate small particles. Really small, like cells or molecules or even single atoms.”

“Grabbing something with light? How’s that work?”

“Particles smaller than a light beam get drawn in to where the beam’s electric field varies the most. With a tightly-focused laser beam that special place is just a little beyond its focus point. You can use multiple beams to trap particles even more tightly where the beams cross.”

“Is that how ‘laser cooling’ works? You hold an atom absolutely still and it’s at absolute zero?”

“Nice idea, Vinnie, but your atom couldn’t ever reach absolute zero because everything has a minimum amount of zero-point energy. But you’re close to how the most popular technique is set up. It’s elegant. You start with a thin gas of the atoms you want to work with. Their temperature depends on their average kinetic energy as they zip around, right?”

“Yeah, so you want to slow them down.”

“Now you shine in two laser beams, one pointing east and one pointing west, and their wavelengths are just a little to the red of what those atoms absorb. Imagine yourself sitting on one of those atoms coming toward the east-side laser.”

“Blue shift! I’m coming toward the waves so I see them scrunched together at a wavelength where my atom can absorb a photon. But what about the other laser?”

“You’d see its wavelength red-shifted away from your atom’s sweet spot and the atom doesn’t absorb that photon. But we’re not done. Now your excited atom relaxes by emitting a photon in some random direction. Repeat often. The north-south momentum change after each cycle averages out to zero but east-west momentum always goes down. The gas temperature drops.”

All this talk of particles balanced in force fields gives me an idea. “Vinnie, d’ya think we stopped closer to the fifth floor or the sixth?”

“I think we’re almost down to five.”

“Good, that gives us a better chance. Where were you standing when we stopped?”

“Right by the buttons, like always. Whaddaya got in mind?”

“Michael said that’s a new elevator door, right? No offense, you’re heavy and I’m no light-weight. Both of us were standing at the very front of the cab. I’m thinking maybe our unbalanced weight tilted the cab just enough to catch an edge on some part of the door mechanism they didn’t put in quite right. Let’s switch places and both jump up and while we’re in the air wallop the top of the cab’s back wall as hard as we can. OK, on three — one, two, three!” “

“Michael. It’s Vinnie. We’re out. Yeah, ‘s wunnerful, I’m glad you’re glad. Look, something was sorta outta place in the new door mechanism on five and now it’s way outta place and the cab’s probably here for the duration. Call your repair guys, but before you do that bring up some Caution tape and something that’ll block the door open. Quick-like, right? I’m holding this door but I ain’t gonna be a statue long ’cause I’m hungry.”

2 thoughts on “In A Pinch And Out Again”