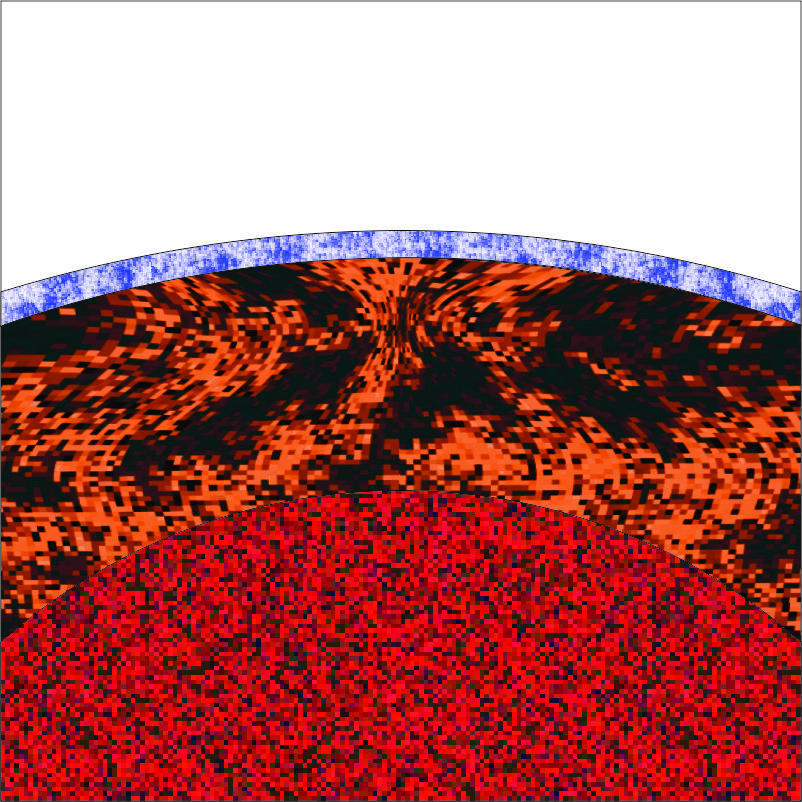 “Wait, Kareem, Eurasia and Africa acting like a nutcracker? I thought Africa is moving straight east, away from the Mid‑Atlantic Ridge.”

“Uh-uh, Sy, everything seems to be swinging around eastern Turkey, Africa going northeast—”

“Africa’s moving? How does anybody know that? How does this ‘continental drift‘ even work?”

“Eddie, those are the questions that messed up Alfred Wegener’s reputation.”

<Eddie settles back in his seat> “I can see this is gonna go on for a while.”

“A little bit. Don’t go throwing shade at my man Wegener, Sy. He wrote the standard textbook in meteorology. He was honored as a pioneer in polar weather studies. He even died saving other people during a polar expedition. His book Origins of The Continents And The Oceans went through four editions so it’s not like his proposals were ignored. The old-line geologists weren’t happy because he used evidence from outside their field and besides, they didn’t believe there was a power source big enough to move continents.”

“Evidence from outside the field?!! The nerve!”

“Nuts, huh? Like, <putting up fingers> Meteorology — glacier tracks from what are now tropical areas. Paleontology — fossils of animal and plant species found on multiple continents that are far apart today. Cartography — everyone who’s seen a world map has picked up on how South America almost fits into Africa’s west coast. Wegener showed that the fit’s much better when you work with the continental shelves. Better yet, he showed how all the major land masses could fit together that way into one big supercontinent.”

“Right, except being German he called it der Urkontinent, meaning the original continent. In his day there were well‑documented geological surveys that matched layers and faults between the North American Appalachians and the Caledonian formations in Scotland and Norway. Not even those forced the geologists to buy in until oceanographers in the 1950s came up with new kinds of evidence that sealed the case. Poor Wegener was 25 years dead by then.”

<Eddie sits up in his seat> “OK, everything moves, but how do you know what direction?”

“Magnetic measurements are a prime data source. When magma exits a volcano, its magnetic atoms like iron tend to align with Earth’s magnetic field and get locked that way when the magma freezes to become lava. Measure the magnetism of a good lava field, you know which way was north at the time of eruption. If it’s a continental lava field you can even grab rocks and assay their radioisotopes to date the field. Do that with two related fields and you can work out where the mass was going at the time and how fast it was getting there.”

<Eddie sits forward in his seat> “So what’s the answer to the geologists’ biggest gripe?”

“The power source? We didn’t have a clue until those 1950s oceanographics guys started mapping magnetic fields and comparing them with improved sonar maps of the ocean bottom. We’d long known about seamounts in the middle of the Atlantic, but sonar scans revealed they’re links in a continuous 10000‑mile chain centered on a broad ridge. It’s almost a single 10000‑mile‑long volcano. Meanwhile, magnetometer scans showed a strong signal right over the chain, just as you’d expect for a lava field. What researchers didn’t expect was two parallel sets of magnetic stripes on either side of the ridge. The stripes march all the way to the coasts on either side. That explained everything, almost.”

“Oh, I forgot to mention that we already had evidence from continental lava fields that Earth’s magnetic field flips every half‑million years about, and no, we don’t know why that happens, that’s the ‘almost.’ Anyway, each stripe echoes the field direction at the time it froze to make fresh seafloor. Each flip starts a new pair of stripes sliding away. It all fits a model assuming that below the seafloor there’s a 10000‑mile‑long roll of rising magma in the upper mantle. The rolling pushes up to create the ridge, which cracks open at the center to create the volcanoes. Meanwhile the magma diverges to either side and pushes the Americas apart from Africa and Europe.”

“But what about Italy and Greece?”