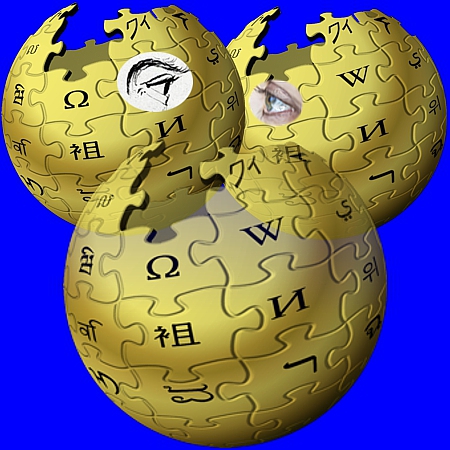 A young man’s knock, eager yet a bit hesitant.

“Hi, Mr Moire, can I ask you some questions?  I’m doing a term paper on black holes and I’ve read up on in Wikipedia but there’s things I don’t understand and besides Ms Plenum said not to trust Wikipedia.”

“My name’s Jeremy Brannigan, sir, and I’m like Richard Feynman’s archetypical intelligent high school student he wanted to explain things to except he gave up on particle spin.”

“Well, you have done your homework, though you’ve muddled a couple of his quotes.  But about Wikipedia — Ms Plenum’s mostly right but in my experience the technical articles are pretty dependable.  Those writers are usually more interested in explaining than convincing.  Have you checked Wikipedia’s Talk pages?”

“Sort of, except Talk pages lie behind articles and target what’s right or wrong and what should be changed to make the article better.  I often learn as much from the technical discussion as I do from the article itself.”

“You need a desktop view.  That’s the standard view when you use a desktop or laptop computer, but you can only maybe get to it on a handheld device.  Depends on the device, the browser, and even their maintenance levels.  Do you have a handheld in that backpack?”

“Safari, Firefox and Chrome can all show that other view.”

“Great, pull up Chrome, get to Wikipedia and look up ‘Black hole.'”

“You’re looking at ‘mobile mode.’  See that three-dots icon at the top right?  Tap on it and check the pop-up menu.”

“Tap your browser’s backup button.  By the way, even though in principle anyone can edit any article, the Wikipedia moderators have locked down some of the most popular or controversial just to prevent update wars.  This article’s one of those.”

“Yeah, I just backed up then tried View Source again and it says I’m not an established registered user.  No duh, right?  OK, lessee what’s in the Talk page.  Umm, how-to stuff and then organization stuff and then, huh! ‘this article has been rated GA-class on the quality scale.’ People come around and, like, check your work?”

“Absolutely, which is why I think Ms Plenum’s advice is a little too pessimistic.  Trust but verify — if you see something you’d like to quote but you don’t want to look foolish, double-check with another source.  But on the whole I’ve found the science, math and other technical articles to be trustworthy.”

“Aha, the first set of comments is about my questions, Hawking radiation and how black holes evaporate and what are virtual particles and like that.”

“So many questions, so little time.  Let’s finish off with the browser issue before we dive into physics.  Bring up your Firefox browser on that iPad.”

“All right.  Mmm, I’m going to Wikipedia, and I’m searching for ‘Black hole’ … got it, but the display doesn’t have tabs or a three-dot icon.”

“Firefox has two ways to get to desktop mode.  One way is to tap the three-bar icon at the top right…”

“YESS! the pop-up menu has half-a-dozen options and there’s Request Desktop Site.  Hey, it toggles, I can flip modes back and forth.  Sweet!  What’s the other way?”

“Press-and-hold the reload circle-arrow in the address bar.”

“A-hah, that opens a Request Desktop Site button right under the arrow.  Cool, that’s a toggle, too.  How does Safari handle this stuff?”

“They use the reload circle-arrow ploy, same as Firefox, dunno who did it first.”